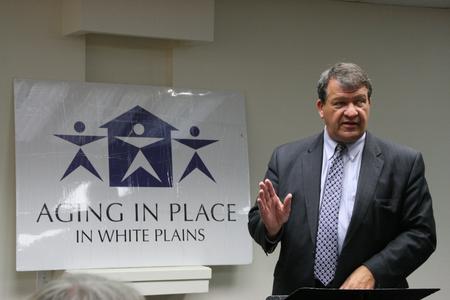 Professor Bennet Gershman, of Pace Law School, gave us a lesson on the history of impeachment at our October 2019 meeting. ype your paragraph here. 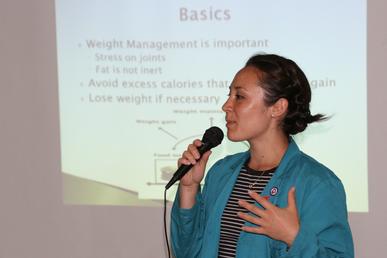 (Above) Our April 2015 speaker, Gerald Stern, spoke about the integration  of baseball by Jackie Robinson and Branch Rickey.  And it just happened to be April 15th, the anniversary of Robinson's first game with the Dodgers. 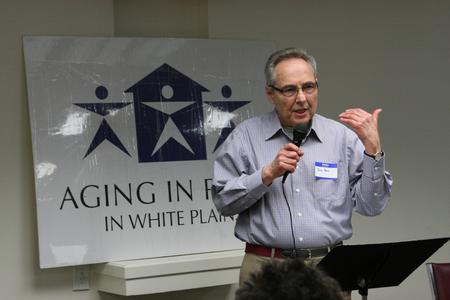 (Right) In November 2014, Geoffrey Levy gave us a great deal of information on the subject of sleep, and the relationship of sleep to seniors. 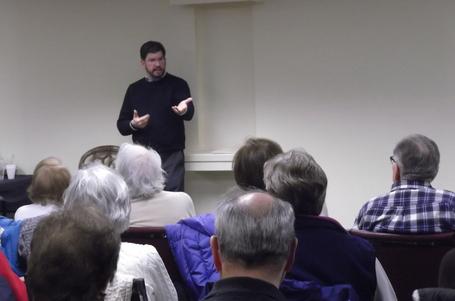 At our April 2014 meeting we got some pointers on economics from Andrew Morse, of HighTower Advisers, who was introduced by his dad, AIPWP member Ted Morse. 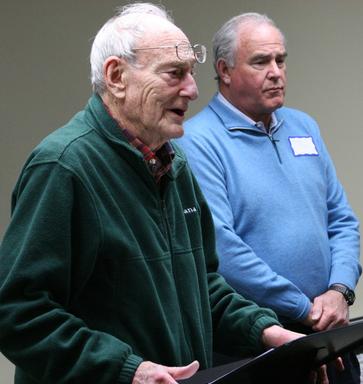 At our February 2013 event, we learned about alternative medicine from a panel of experts. 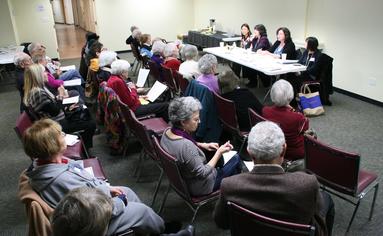 At our January 2014 program, Rob Hoch, President of the White Plains Historical Society, Shows a map of the city as it was in the late 19th century.

Our October 2013 program featured two stories of successful immigrants. Gui An Lin and David Lopez told us of their struggles and successes in making a new life here in White Plains.  Right: Program chair Carla Anderson with speakers.

Our annual holiday party at Burke features plenty of refreshments. 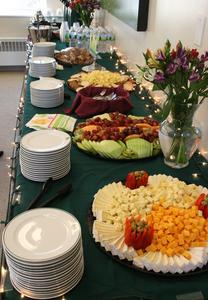 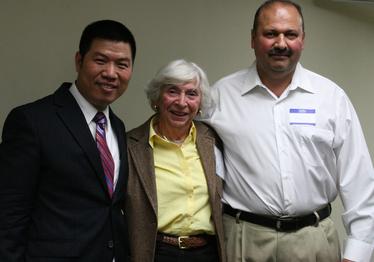 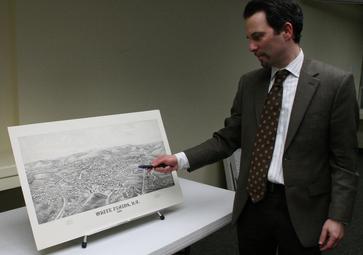 Aging in Place in White Plains

AIPWP conducts monthly programs with an interesting speaker and light refreshments.  See the schedule on the "Programs" page.

(Left) Our June 2015 program featured Jung Cassidy, a Registered Dietician, in a program about healthy aging.

(Below) In January, Peter Herrero, owner of Sam's of Gedney Way gave us a fascinating and entertaining talk. not only about the history of the restaurant, but his own life story. 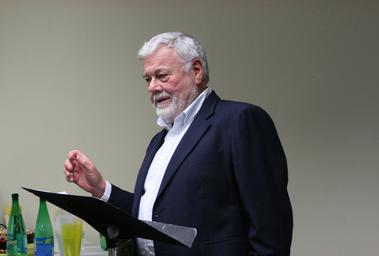 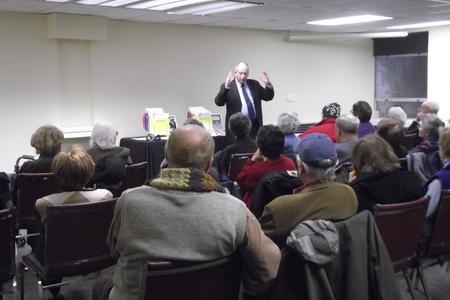 Our September 2014 meeting featured Alfred Hunt, Professor Emeritus of History at Purchase College, who gave us a fascinating lecture about "The Decline of American Democracy." 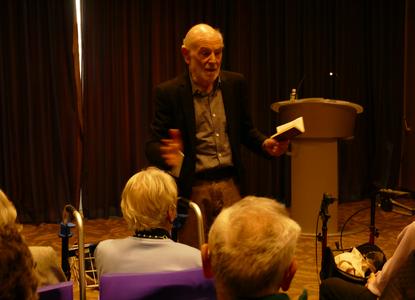 Our November 2015 program featured a panel of experts from Hospice and Palliative Care of Westchester. (left) 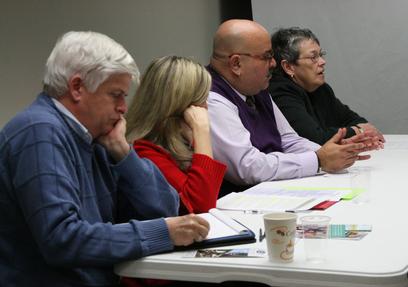 In October 2015 we heard from State Senator George Latimer. (right)